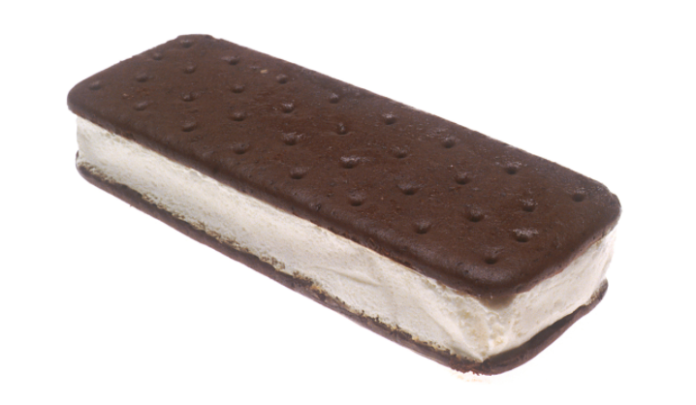 Observed each year on August 2, it is National Ice Cream Sandwich Day. This food holiday is one that will refresh each one of us on a warm summer day with a delicious frozen ice cream sandwich.

The original ice cream sandwich sold for a penny in 1900 from a pushcart in the Bowery neighborhood of New York. The vendor, who was never identified in the article printed in papers across the nation, sandwiched the ice cream between milk biscuits. Soon, push carts popped up around the city and country during the summer months selling the portable treats.

The modern version of the ice cream sandwich was invented by Jerry Newberg in 1945 when he was selling ice cream at Forbes Field. There are pictures from the early 1900s, “On the beach, Atlantic City”, that show Ice Cream Sandwiches were popular and sold for 1 cent each.

There are alternatives to the classic ice cream sandwich using chocolate cookies, oatmeal cookies or a rice crispy wafer in place of the original chocolate one.

Ice cream sandwiches are known around the world by a variety of names including the Monaco Bar, Giant Sandwich, Maxibon, Cream Between, Vanilla Slice and many more. 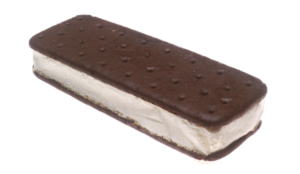